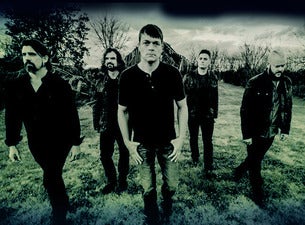 Mississippi rockers 3 Doors Down didn't waste any time climbing the ladder of rock-and-roll success, selling more than six million copies of their first studio album, 2000's The Better Life. That album spawned the hit singles "Kryptonite," "Loser," and "Duck and Run," setting the band firmly on the road to mainstream success. Their sophomore album, Away From the Sun, followed two years later, adding "When I'm Gone" and "Here Without You" to the straight-ahead rockers' stable of radio hits. 3 Doors Down scored its first No. 1 album with 2005's Seventeen Days and repeated the feat with 2008's self-titled album. The group's latest releases are 2011's Time of My Life, and the 2012 compilation The Greatest Hits. Throughout their run, 3 Doors Down have maintained a relentless tour schedule as fans snagged tickets to thousands of concerts around the world. In addition to the band's musical exploits, they've established The Better Life Foundation, which aims "to make a positive change in the lives of children in need of food, shelter and medical assistance, and to enhance the lives of children and young adults with special needs," according to its mission statement. 3 Doors Down and the foundation put on an annual show and auction to raise funds for the organization.