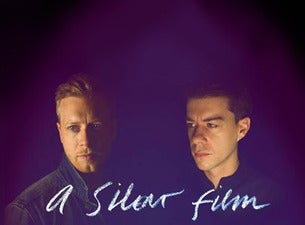 A SILENT FILM IN CONCERT:

English rockers A Silent Film are anything but quiet with their exciting, energy-fueled anthems and rip-roaring live shows. The band’s upbeat music is perfectly suited for their electrifying concerts, where they pump fans up with the love story of "Danny, Dakota and the Wishing Well" and chant along with audiences on "Harbour Lights". Their synth-heavy music is bold, uplifting, and sure to have fans dancing all night long on their unforgettable tours.

Hailing from England, A Silent Film started out as the band Shouting Myke but renamed themselves in 2005 after a departure in band members and the addition of two newcomers. The group released The Projectionist EP in 2007, but it wasn’t until the 2008 release of their debut album The City That Sleeps that they really broke out. The album was a critical and commercial success and received praise for its catchy rock sound. They followed up in 2012 with Sand and Snow, which featured the narrative song "Danny, Dakota and the Wishing Well" and a more cinematic approach than their previous record. They've served as the opening act for major rock groups like OneRepublic, the Smashing Pumpkins, and the Temper Trap and have gained a steady cult following along the way. On tour A Silent Film always thrills with lively sets of fan favorites.

"As always, A Silent Film didn't disappoint. They're always a pleasure to see live. A Silent Film makes you fall in love with music all over again! They have an amazing ability to capture the audience and be at home on stage. A+!"

"Amazing show! One of the best shows I've seen in a long time!"

"What a night! Great performance! They are so amazing! Love love them!