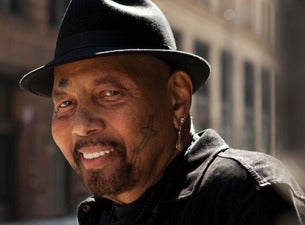 Soul icon and New Orleans son Aaron Neville has been wooing fans with his rich, distinctive voice and charismatic showmanship for more than half a century, both as a solo performer and member of beloved family R&B group The Neville Brothers. At his live shows Neville is the epitome of soul style, commanding the stage in a debonair suit while he croons his way through favorites from his expansive discography, including beloved classics like "Stand By Me". His backing band is equally slick, turning out impressive yet restrained playing that allows Neville's velvety voice to shine. Fans enjoy every moment of the soulful strut down memory lane as this seasoned veteran ñleads the way with favorites like "The Grand Tour", "Tell It Like It Is", and "Don't Take Away My Heaven".

New Orleans-born Aaron Neville began performing in the late ë50s and quickly became a local sensation thanks to his smooth, singular voice and emotional delivery. Regional success gave way to national attention in 1960 when his single ìOver Youî reached No. 21 on the R&B charts. He scored another major chart breakthrough in 1966 when his song ìTell It Like It Isî topped the charts, but the peak of his success came when he and his brothers formed The Neville Brothers in 1977. The group was an R&B powerhouse throughout the ë80s and ë90s, releasing a string of popular albums and earning a Grammy Award in 1989 for Best Pop Instrumental Performance for the song ìHealing Chantî. Aaron revived his solo career in the ë90s with the album Warm Your Heart, once again topping the charts with the soft rock No. 1 ìEverybody Plays the Foolî. Since then heís released a new album every few years while continuing to impress fans with his rich voice and time-honored showmanship whenever and wherever he performs.