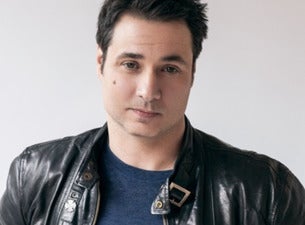 Adam Ferrara was a series regular as Chief Needles Nelson, on the Emmy-nominated hit FX TV show ‘Rescue Me,', which aired its final season in 2011. He is also the host of History's hit BBC import "Top Gear."

Ferrara has been praised for his impeccable comedic timing and superior acting chops.  At the Television Critics Association, Denis Leary was quoted as saying, "Adam Ferrara is a great comedian, but he's really pissing me off now because he's become such a great dramatic actor."

Adam Ferrara is a regular on everybody's favorite shows:  ‘The Tonight Show' with Jay Leno, ‘Late Show' with David Letterman, ‘Comedy Central,' ‘The View' and ‘Rachel Ray,' just to name a few. The two-time nominee for best male stand-up by the American Comedy Awards, always brings the stage to life with his honest, clever and fearless perspective on family, relationships and himself.
Anuncio