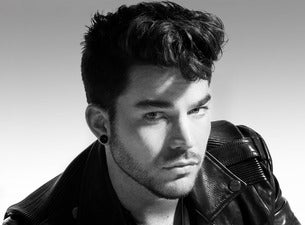 Power, passion, a sense of style as well as funÑ they're all part of the package when you buy a ticket to Adam Lambert concert. Since first displaying his singular and uncontainable talent on the American Idol stage in the show's eighth season, the San Diego-raised glam rocker has laid down the gauntlet to any and all modern performers looking to thrill audiences. Born with a preternatural confidence that belied his years, Lambert burst out of the gate with 2009 For Your Entertainment, which showed off his dance floor strut and pop star sheen, while 2012's Trespassing gave him an opportunity to workout his first-in-class tenor on emotion-laden ballads as well as funk rockers. (The album's lead single "Better Than I Know Myself" showed Lambert at perhaps his most vulnerable and heartfelt). But as much as he may thrive in the studio, it is on tour that Lambert, who can rightfully consider himself the pop disciple of Madonna and Michael Jackson, truly flourishes. He may be fully made-up in the glam regalia that is so much a part of the Adam Labert experience, but it is his voice that always commands attention. Built to fill stadiums but equally at home in clubs, it is a voice meant to not just to awe you its range and power, but also move you with its control and emotional complexity.