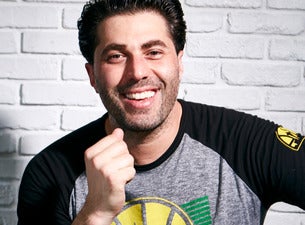 If edgy, no-punches-pulled comedy is what you’re after, look no further than Adam Ray- the quick-witted actor and stand-up veteran known for his uncompromisingly off-color humor. Ray has brought the laughs to blockbuster movies including 2015’s SPY, TV hits such as Arrested Development, and late night shows like Craig Ferguson, and his rapid-fire stand-up act leaves no question why he’s in such high demand. Nothing is off-limits during his fast-paced routines, and his hilarious bits on familiar stuff like Pinkberry and Denny’s always have ticket buyers rolling on the floor. Ray will be slaying audiences with his tell-it-like-it-is brand of comedy during a residency at the Laugh Factory at the Silver Legacy Casino in Reno, NV in late 2015/ early 2016.

Washington-born comedian Adam Ray cut his teeth making comedy sketches for his high school TV station before moving to Los Angeles to study acting at USC. After graduating he broke into the film and TV industry with roles on shows like Two Broke Girls and WORKAHOLICS and appearances in successful films like The Heat and SPY. In addition to writing for MTV’s PUNKD he’s performed standup on The Late Late Show with Craig Ferguson and Adam Devin’s House Party on Comedy Central. Ray also co-hosts the podcast About Last Night, interviewing comedy heavyweights like Bob Saget, Lisa Kudrow, and Dana Carvey. His sketches on YouTube and Funny or Die boast more than 30 million views, and he keeps the laughs coming every time he performs one of his scathing stand-up routines.