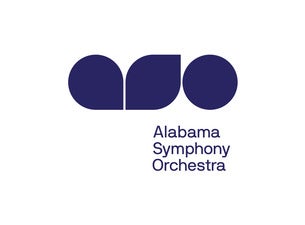 Although it was officially founded in 1933, the Alabama Symphony Orchestra's genesis actually came in 1921, when a 52-member volunteer ensemble got together to perform at the Birmingham Music Festival at the Old Jefferson Theater. It was a rocky road going forward, but the group have consistently been thought of as one of the most exciting orchestras in the Southeast.

In 1933 under the baton of Dorsey Whittington, the ensemble gave their first formal concert to the Birmingham Music Club, and later that year consolidated as the Birmingham Symphony Orchestra. Within a few years, the group had over 80 players and a budget of almost half a million dollars. They even performed with famed composer and pianist Percy Grainger in 1939. Continually growing, the organization started offering public concerts in Avondale Park on Sunday afternoons. The advent of World War II temporarily halted the orchestra's development, but after the war ended, they started up again when the Civic Symphony Association assembled a task force to revitalize an orchestra for the growing city. Changing its name to the Birmingham Symphony Orchestra in 1956, the ensemble finally became a fully professional orchestra, even establishing an official youth orchestra. They continued to expand steadily, offering new kinds of concerts and thriving under the leadership of talented and established conductors. In 1966, the Birmingham Symphony Orchestra received a grant from the Ford Foundation for $600,000 on the condition that the group matched that sum; they did, and quickly.

In 1979, the BSO became the Alabama Symphony Orchestra, starting up a regular subscription series and expanding their audience base. The ASO struggled financially in the ‘80s but managed to stay afloat with help from fundraisers and high-profile concerts: They did a special annual fund concert with esteemed violinist Isaac Stern, they performed at the Kennedy Center in Washington, D.C. and they teamed up with renowned American mezzo-soprano Marilyn Horne for a concert at the University of Alabama. They also started a number of new summer series, including Beethoven, Brats and Beer. The orchestra went bankrupt in 1993, and it since has reverted to a volunteer organization. You can catch the Alabama Symphony Orchestra with music director Carlos Izcaray at Samford University Wright Center, UAB's Alys Stephens Center or BJCC Concert Hall in Birmingham, Alabama.