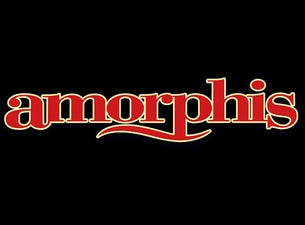 These Finnish heavy metallers create expansive music best described as death-flavored prog folk. And with songs inspired by the Kalevala – a 19th-century epic poem of Finnish folklore and mythology – one could say they truly require a big arsenal of sounds. Founded in 1990 out of the embers of thrash band Violent Solution, Amorphis rose from the ashes and released demo ‘Disment of Soul' the following year. Relapse Records took notice and offered them a deal. And the rest was history. Their debut LP, ‘The Karelian Isthmus,' came out in 1992, starting up an aggressive drive of records that would continue to the present day.

1996's ‘Elegy' was their first to chart in Finland, reaching No. 8; it also charted in Germany and Japan. Gaining steam, Amorphis would go on to top the charts in 2001 with ‘Am Universum,' an album that featured No. 1 hit single "Alone." They would release two more No. 1 singles in 2006's "House of Sleep" and 2009's "Silver Bride." In 2006, the group scored their first certified No. 1 album in Finland with ‘Eclipse,' an album with a unified and anthemic rock/heavy-metal sound. Most of their albums going forward would reach No. 1 in their own country. Then 2009's ‘Skyforger' saw them chart in North America for the first time, where they reached No. 33 on Billboard's U.S. Heatseekers. They went on to reach No. 3 in North America again with their 2018 album ‘Queen of Time.'

As one would expect of any band that's been rocking for almost 30 years, Amorphis has seen a number of personnel changes, but founders Esa Holopainen (lead guitar) and Tomi Koivusaari (rhythm guitar, backing vocals) have been jamming since day one; a few other early members left and returned.