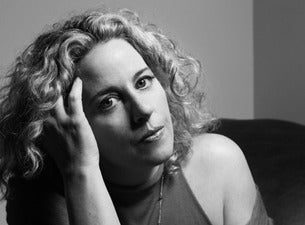 Americana rocker Amy Helm is sure to thrill folk, blues, and country fans alike as she breathes new life into these classic styles with her soaring vocals and graceful musicianship in concert. After making a name for herself as a gifted singer and mandolin playing performing alongside her father Levon Helm and in bands like Ollabelle, this songbird is now flooring fans on her own with her backing group The Handsome Strangers. With their versatile mix of acoustic and electric instrumentation, the band keeps things simple on traditional ballads like “Didn’t It Rain” and “Deep Water” before pulling out all the stops on rockers like “Meet Me in the Morning” and “Heat Lightning”. As Amy Helm heads out on tour, ticket buyers will be grooving along as delivers her unique take on classic sounds like country-fried guitar licks, shuffling drum beats, and straightforward folk strumming.

Amy Helm was born with a rich musical heritage -- she's the daughter of Levon Helm (drummer/singer of The Band) and Libby Titus (a respected folk singer). As a singer, songwriter, and multi-instrumentalist Helm won widespread acclaim performing with both her father’s band and the alt-country collective Ollabelle. After her father passed away in 2012 she launched her solo career with her talented backing group The Handsome Strangers. Helm's lifetime of musical expression and experience served her well as a solo act, and the group's mature sound earned them a dedicated following almost instantaneously. Helm made her recording debut in 2015 with the album Didn’t It Rain, winning praise from critics and converting a legion of new fans to her sound. She continues to floor audiences with her stunning vocals and impressive instrumental skills any time she delivers her inventive take on traditional styles in concert.