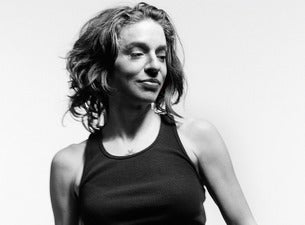 Alt-rock powerhouse and feminist icon Ani DiFranco continues to be a symbol of activism through music, pulling no punches with her socially conscious songwriting more than 20 years after her debut. At her inspiring live shows DiFranco gives it her all, delivering her unfiltered lyrics with a raw emotionalism that perfectly complements her polished guitar playing. From classics like "Shameless" to newer material like "Whose Side Are You On?", DiFranco covers a wide selection of favorites on her latest tour, never failing to have a blast in the process.

Born in Buffalo, NY, DiFranco was a precocious young talent, performing Beatles covers in local bars as early as age nine. Just a few years later she was playing original material in coffee shops, and by age 15 she had moved out of her mother's house to live in her own apartment as an emancipated minor. At age 18 she started her own record company Righteous Records, releasing her self-titled debut album on the label the following year. Over the next two decades DiFranco released a new album nearly every year, touring extensively and earning several Grammy nominations including a Best Contemporary Folk Album nod for 2000's Fellow Workers. Back on the road for her latest tour, the ever-prolific talent will treat fans to never-before-heard material from her upcoming album.

"Ani Difranco's performance was truly unforgettable. She changed guitars for every song and even changed some of the acoustics for a few songs. Her voice was even better live!"

"She plays so hard and with such precision. It's like watching the Cirque du Soleil, you see it with your own eyes and you still wonder if it's possible. She's so ceaselessly generous and friendly."

"Her vocals and energy are off the charts. She's funny, engaging and smart. We had a great time. A good mix of the old classics and a couple of brand new ones."