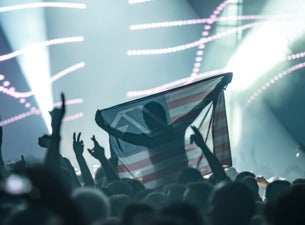 If you've grooved to seriously hypnotizing trance music at some point in the 21st century, there's a good chance it's the product of Anjunabeats. Formed in London, England, by producers Jonathan "Jono" Grant, Tony McGuinness, and Paavo Siljamaki — otherwise known as electronic group Above & Beyond — Anjunabeats has grown into one of the biggest techno labels on the planet.

The name references Anjuna, a coastal village located in North Goa, India, which has become a hotspot for trance parties. As such, the music of Anjunabeats has been the soundtrack to countless dance parties around the world. The label has launched its own Anjunabeats North America Tour, which features some of its brightest stars in the worlds of trance and progressive house.

Grant and Siljamaki first started the label in 2000 as a vehicle to release their own productions under the alias Anjunabeats. Their first release, simply titled Volume One, came out that same year and quickly got the attention of influential DJs like Paul Oakenfold and Paul van Dyk.

Shortly after, McGuinness joined the pair to form Above & Beyond. The trio started dropping releases under various aliases, including Tranquility Base, Free State, and Rollerball. By 2002, Above & Beyond were DJing in front of thousands, from Tokyo to Glastonbury to European party capital Ibiza, Spain.

Along with their own material as Above & Beyond, the Anjunabeats label has issued more than 300 releases. They've helped jumpstart the careers of artists like Mat Zo, Andrew Bayer, Jaytech, Daniel Kandi, Boom Jinx, Super8 & Tab, and several other DJs and producers from Europe, the U.S, and beyond.

The label has been nominated for Best Global Dance Record Label at the International Dance Music Awards several times. In 2018, they grew their brand even further with a 24/7 radio station on YouTube, which spotlights tracks from their ever-growing discography.