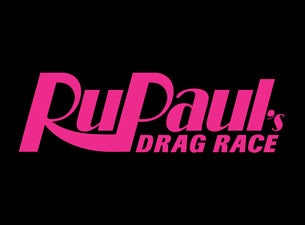 Even beamed into people's living rooms through their TVs, RuPaul's Drag Race is one of the biggest and most fabulous shows on Earth — it was only a matter of time before its cavalcade of queens ended up in Las Vegas. Specifically, they took up residence at the Flamingo, in a room that for more than a decade hosted the Donny & Marie variety show. A far more colorful and extremely ambitious production, RuPaul's Drag Race LIVE! involves big dance numbers, wild wardrobe changes, all-star catwalk crawls, vicious lip-sync battles and, well, a "bitch-slap" competition that calls for audience involvement. The mission is to make fans feel like they're in the middle of an interactive episode taping — a rotating cast of beloved queens previously seen on the show partakes in a series of challenges, performances and face-offs. The crowd determines a winner via the Clap-O-Meter, an outsize applause measurement device made to look like big lips and a giant tongue. The choreography comes from longtime Ru pal Jamal Sims (Step Up, the Oscars, live-action Aladdin) and is set to tunes previously heard on the series (think Lady Gaga, Ariana Grande, Britney Spears) as well as new original music from RuPaul, producer Leland and Tom Campbell. Meanwhile, the vibrant and often delightfully absurd sets transport viewers to a veritable wonderland of neon sass.

RuPaul's Drag Race debuted on Logo TV in 2009 and became an instant hit. It didn't hurt that the show's host, mentor and head judge was already the most famous and beloved drag queen the world had ever known, but the series quickly demonstrated its power to captivate audiences of all backgrounds and launch incredibly colorful new stars. By the time it kicked off its 12th season in 2020, the reality competition series had been nominated for 23 Emmys and won nine, not to mention increased awareness and (rabid) appreciation of drag culture, as well as gifted unto the world such truly inspired queens as Trixie Mattel, Bianca Del Rio and Alaska Thunderf*ck 5000. In 2017, RuPaul's Drag Race leapt to VH1 and also off of the screen via the Werq the World tour. That larger-than-life spectacle proved to be a hit, running for years and also paving the way for RuPaul's Drag Race LIVE! in Las Vegas, starring show alumni Yvie Oddly, Aquaria, Asia O'Hara, Derrick Barry, the Pit Crew and many more.