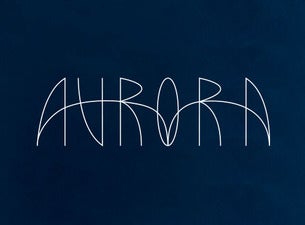 Rising Norwegian folk pop goddess AURORA has won over critics and fans alike with her stunning voice, synth-soaked sound, and spellbinding stage presence. The Scandinavian songstress is the epitome of style, taking the stage in futuristic fashions and rocking platinum blonde hair, but her cutting-edge look takes a backseat to her achingly beautiful vocals and soaring melodies. In concert she immerses ticket buyers in the emotional pull of lush tracks like “Runaway” and “Real Life”, closing her eyes as she sings and pantomiming her lyrics with otherworldly interpretive gestures. With her hugely anticipated debut album All My Demons Greeting Me as a Friend generating big buzz in 2016, AURORA has fans eagerly awaiting the chance to experience her luminous live shows.

Bergen, Norway-born Aurora Aksnes started writing songs at age 10 and was discovered by a management agency during high school after a friend uploaded one of her tracks to a Norwegian streaming site. After releasing the songs “Puppet” and “Awakening” she signed with Decca Records and scored a breakthrough with the 2015 track “Runaway”, which racked up a million views on Spotify and got shout-outs from major music outlets like NME. Her 2015 debut EP Running With the Wolves drew even more praise, earning a Spellemannprisen (Norwegian GRAMMY) for Best Newcomer and propelling her onto the festival circuit. In late 2015 AURORA scored a Top 20 hit in the UK with a cover of Oasis’ “Half the World Away”, another big success that has fans looking forward to her 2016 full-length debut album.