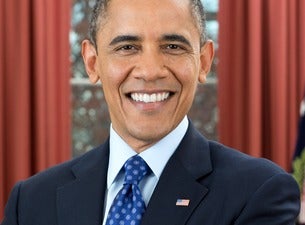 Before he was president, he was an event. Barack Obama first arrived on the national political stage in 2004 with a speech on the themes of unity and fellowship, and the performance was timeless. Obama was eloquent even if you couldn't quite remember a particular line. The words were carefully chosen and full of warm intelligence. He made you believe for a moment that the country's problems weren't so intractable, that they could be fixed with a little bipartisanship and some rational thinking.

By the time he was a presidential candidate, his speeches had become set pieces. In the popular narrative of the 2008 election, it was Obama's oratory that lifted his campaign out of a scandal surrounding his pastor, Rev. Jeremiah Wright Jr. (a wonderful public speaker in his own right from whom Obama surely learned a great deal, particularly about the limits of America's tolerance for criticism).

More than a decade later, after two terms as the United States' 44th president, Obama is still magical in front of a crowd. The poise and warm intelligence have stayed with him. He has returned to the role he once occupied before he was president, the hopeful prophet of American decency, reminding his fellow citizens that they are better than their politics.