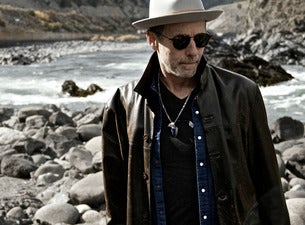 Though he came out of the Vancouver bar scene and scored his major-label deal while gigging in Toronto, Barney Bentall's soul belongs to the heartland. Fronting his backing band the Legendary Hearts (named for the Lou Reed album of the same name), Bentall broke through with a smooth take on roots rock and a vivid storytelling sensibility (informed by his Bernie Taupin–esque songwriting partner, Gary Fraser) that recalled the working-class character studies of Bruce Springsteen, John Cougar Mellencamp and Tom Petty. Bentall's signature 1988 single "Something to Live For" made him an instant presence on mainstream Canadian rock radio, thanks to its soaring, sing-along chorus hook and universal story of a young man dreaming of leaving his dead-end, low-paying job behind in pursuit of a greater purpose in life. The success of that song — and the accompanying self-titled debut album — earned Bentall and his band the Most Promising Group of the Year nod at the 1989 Juno Awards and, for the better part of the next decade, they continued to chart with jangly, easygoing rockers like "Doin' Fine" and campfire-ready serenades like "Livin' in the ‘90s" that felt as worn-in and familiar as an old denim jacket. But with the music industry's focus shifting away from his brand of earnest, no-frills rock, Bentall disbanded the Legendary Hearts in 1997 and opted for a quiet life of raising his family on a cattle farm in the Cariboo region of British Columbia. During that period, Bentall continued to perform sporadically in intimate acoustic settings, and that folkie aesthetic would gradually spur his next phase. Starting with his Juno-nominated 2006 comeback effort ‘Gift Horse' (produced by Blue Rodeo's Jim Cuddy), Bentall has released a series of solo albums that offer an earthier, whiskey-steeped spin on the sort of heartfelt songcraft he mined with his former band. And continuing in that homespun vein, Bentall's 2017 release The Drifter and the Preacher is a true family affair, with lyrics inspired by his Baptist-priest father and contributions from his son Dustin, a highly regarded singer-songwriter in his own right.