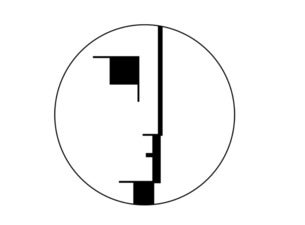 Few festival sets rival the one that gothic rock legends Bauhaus unveiled at Coachella in 2005. As the gig started, vocalist Peter Murphy was lowered from the top of the stage while hanging upside down, like a vampire bat, as the musicians — guitarist Daniel Ash, bassist David J and drummer Kevin Haskins — launched into the group's signature song and debut single, "Bela Lugosi's Dead." This sort of over-the-top melodrama isn't out of the ordinary for the quartet: Bauhaus concerts are immersive experiences dominated by dark, aggressive music, an intense light show and haunting vocals.

The quartet toured steadily in the early '80s before splitting in 1983, but reunited after 15 years away for 1998's Resurrection Tour. After another break, the band followed up their Coachella appearance with more touring, including a 2006 tour with Nine Inch Nails. In 2019, Bauhaus reunited for several shows in Los Angeles, which sold out quickly.

A trio of childhood friends — Daniel Ash and brothers David J and Kevin Haskins — formed Bauhaus in 1978 with another longtime pal, Peter Murphy. The Northampton, England–based band wasted no time hitting the studio. In fact, their first session yielded "Bela Lugosi's Dead," which received radio support and was a chart success. As a result, Bauhaus inked a record deal with 4AD, which released the band's stark 1980 debut full-length, In the Flat Field.

The quartet proceeded to release a studio album a year until their 1983 breakup, with 1982's The Sky's Gone Out even landing in the Top 5 of the UK album charts. Although known for dark post-punk music, Bauhaus paired grinding guitars and ominous basslines with influences from other genres, including funk, reggae and glam. In a nod to their eclectic influences, Bauhaus also worked up a repertoire of covers, including T. Rex's "Telegram Sam" and David Bowie's "Ziggy Stardust." The latter was their biggest UK hit, peaking at No. 15 on the singles chart. Bauhaus continued this covers trend during subsequent reunions. In 2006, they worked up Joy Division's "Transmission" live, which was eventually followed by a new studio album, 2008's Go Away White.