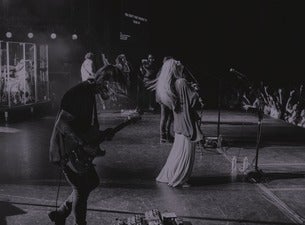 Describing an ordinary concert as a religious experience is usually hyperbole, but if you're talking about a performance by the Bethel Music collective, that's exactly what it's intended to be. While there's plenty to enjoy about Bethel Music's material on a strictly musical level, it wouldn't be worship music without the worship, after all. And when things really get going during one of their shows, with the band and the singers fully committing themselves to the experience and the audience responding in kind, there's an ecstatic kind of spiritual energy that bounces back and forth between the crowd and the performers. However you want to define that energy — an expression of faith, a surge of sonic power, a heady rush of fellowship or maybe a combination of all three — going to see Bethel Music in concert will very likely lift you up in more ways than one.

The cottage industry we've come to know today as the Bethel Music collective started small. It all began with the worship music coming out of the Bethel Church in Redding, California, back in 2001. The ministry realized there was something special about the music that could be shared beyond their immediate community, so they started their own label and began releasing records. Year after year the collective became bigger both in size and popularity, as more and more people embraced the music and the message. A long string of successful albums and international tours followed, and eventually Bethel Music became one of the most beloved sources for worship music in America. Gifted artists including Melissa Helser, Hunter G.K. Thompson, Amanda Cook, Josh Baldwin, Brian Johnson and Kristene DiMarco (among many others) have all contributed to Bethel Music's mission. The collective and its members have racked up their share of the Gospel Music Association's Dove Awards too, which has helped to spread the word about their worship music even farther and wider.