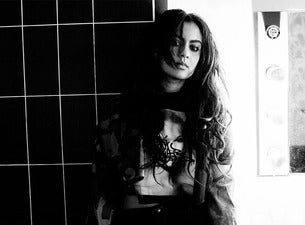 German singer-songwriter Bibi Bourelly made a splash in 2015 as a co-writer on Rihanna's menacing trap hit "B*tch Better Have My Money," but lately it's her soulful solo work that has fans buzzing. Bourelly is still in her early 20s, but she's got a throaty voice that belies her youth and an incisive point of view that reveals her to be wise beyond her years. Her confidence is immediately apparent at her live shows, where she commands the stage with serious swagger as she belts out Motown-worthy cuts like "Ego" and "Perfect." She slayed in early 2016 with high-profile TV performances on The Tonight Show with Jimmy Fallon and The Late Show with Stephen Colbert, and ticket buyers are dying to catch her on tour in support of her full-length debut.

Bibi Bourelly, aka Badrila Ines Bourelly, was born in Germany and raised in Maryland by her musician father. She attended concerts and toured with him during childhood, and she was writing her own songs as early as age four. In high school she began working with producer Paperboy Fabe, who arranged for her to have a session with Kanye West. Bourelly flew to Los Angeles to meet with West and within 30 minutes she had written "Higher," which Rihanna later performed on her 2016 album Anti. After the session Rihanna also heard Bourelly's song "B*tch Better Have My Money," and she liked it so much that she decided to record it as the lead single for Anti. Around the same time Bourelly began releasing her own tracks, starting with "Riot" and "Ego" in 2015 and following up with "Sally" in 2016. With her full-length debut album slated for a late-2016 release, Bourelly is on the verge of big things – and she's more than ready.