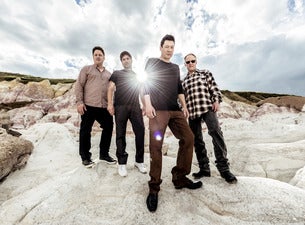 Rocky Mountain favorites Big Head Todd & the Monsters have been serving up no-frills blues rock since the late '80s, but it was '90s classics like "Bittersweet" and "Circle" that really put them on the map. More than 20 years later, the band has still got it, and they've had ample time to perfect their live show, often taking the stage for more than three hours on their 2013 tour dates. Punctuating the band's marathon sets are extensive solos by guitar virtuoso and frontman Todd Park Mohr, who rifles through his arsenal of guitars while dueling with the band's frequent special guest performers. Fans can expect another impressive series of shows as the band hits the road once again in support of 2014's Black Beehive.

Formed in Colorado in the late '80s, Big Head Todd & the Monsters enjoyed a slow but steady rise thanks to their hard work on the road. Already a revered live act by the time of their 1989 self-titled debut album, the band found mainstream success with 1993's Sister Sweetly, which spawned three charting singles and went on to receive platinum certification from the RIAA. Over the years Big Head Todd & the Monsters have recorded and performed with blues legends including John Lee Hooker and B.B. King, maintaining an impressive release schedule that has kept them busy on tour. With the release of Black Beehive in 2014, the band celebrated 25 years of recording, hitting the road for an extensive US tour.

"Big Head Todd played an outstanding set of tunes and gave us more than our money's worth. Amazing show by an amazing group."

"BHTM has a huge catalogue of great songs and they played most. Also rocked some great covers. This band has been together many years and the musicianship is top notch."

"Almost 20 years after his "heyday," Todd Park Mohr has honed his guitar prowess to a master-level distinction, grinding out a truly signature style in both his classic renditions and recently-released compositions..."