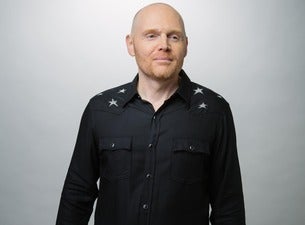 Bill Burr is one of the top comedic voices of his generation achieving success in TV and film as well as the live stage.  Selling out theaters internationally, Bill is a regular with Letterman, Conan O’Brien and Jimmy Fallon; his third hour-long comedy special, You People Are All The Same, is available for download through his website and premiered on Netflix in August.  Bill can be seen in the Paul Feig film, The Heat, alongside Sandra Bullock and Melissa McCarthy, which premiered on June 28.  In 2014 Bill will be seen in Walk of Shame alongside Elizabeth Banks and in Black and White alongside Kevin Costner.  He can be seen with Al Pacino and Christopher Walken in Stand Up Guys, which premiered on February 1.  Bill has a recurring role on the hit AMC-TV show, Breaking Bad, he was just seen in a guest role on Fox TV’s New Girl and was seen on Kroll Show on Comedy Central.  Bill’s Monday Morning Podcast is one of the most downloaded comedy podcasts on iTunes and his two critically acclaimed hour Comedy Central specials are available on Netflix and DVD.