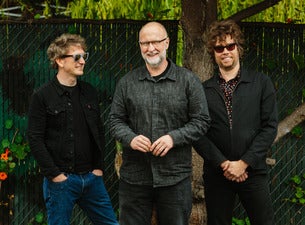 Legendary former Hüsker Dü and Sugar frontman Bob Mould continues to bring inimitable energy to every stage he plays on tour. Whether he’s performing his solo material or favorites from his classic bands, Mould combines catchy power-pop hooks with the intensity of hardcore punk to deliver punchy fun. On standouts like “Celebrated Summer”, “In a Free Land”, and “It’s Too Late”, his plaintive vocals and heartfelt lyrics connect directly with audiences. But he’s also not afraid to kick out a wall of guitar distortion, running around the stage with abandon during his ferocious and freewheeling solos. With a tight rhythm section backing him up, Bob Mould still packs the same powerful punch that has made him a favorite among hard rocking ticket buyers for decades.

Bob Mould rose to prominence in the Twin Cities hardcore scene when he founded Hüsker Dü in 1979. Together with drummer/vocalist Grant Hart and bassist Greg Norton, Mould and the group would go on to transcend punk and play a crucial role in the development of alternative rock. After releasing several albums on independent label SST (including 1985’s New Day Rising, which was ranked as one of the best albums of all time by Rolling Stone) the group broke new ground for punk bands by signing with major label Warner Bros. Records. After the band split in 1988 Mould decided to make a drastic change for his 1989 solo debut album Workbook, which featured cleaner guitars and unique touches like cello. The singer-songwriter then formed Sugar in 1992 and released Copper Blue, which venerable British music magazine NME named Album of the Year. Despite the band's success Mould decided to go solo again in 1995, returning with a critically acclaimed self-titled album the following year. Over the course of more than 35 years of both underground toil and mainstream success, Bob Mould has never lost his zest for live performance or knack for endearing songwriting, which he proved on 2016’s Patch the Sky.