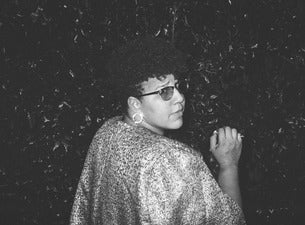 It's impossible to fully realize the power of Brittany Howard's voice until you see her live. The lead vocalist and guitarist behind rock powerhouse Alabama Shakes has proven she can certainly hold her own as a solo artist. Howard has been performing for audiences since playing in bands as a teen. She quickly earned her stripes as one of modern rock's great frontwomen, touring with her band and shaking up crowds from her home state of Alabama all the way to the White House and the Lollapalooza stage, where she duetted with Paul McCartney in 2015. To support the release of her debut album, Jaime, Howard set out on her first major tour as a solo artist in 2019.

Brittany Howard is the unstoppable force behind Alabama Shakes' bluesy, soul-powered rock, but as a solo artist her versatility truly shines. Growing up in Athens, Alabama, Howard always had music on the brain, teaching herself to play piano, guitar, drums and bass as a kid, and joining various bands in high school. While finding her voice as a musician, she supported herself as a postal carrier for the U.S. Postal Service. Soon enough, though, Alabama Shakes became official, signed a deal and received multiple Grammy Award nominations for their 2012 debut album, Boys & Girls. At this point, Howard's voracious musical appetite had her juggling multiple projects, including fronting the garage-rock band Thunderbitch and the folk trio Bermuda Triangle. It was only a matter of time before she struck out on her own. In June 2019, the singer announced her debut solo album, Jaime, dedicated to her sister who had died of a rare form of cancer as a teen. The full album came out in September. The emotional set shows off her wide range — both as a vocalist and songwriter — as she flows between sultry soul ballads, funky rock grooves and noisy jazz explorations.