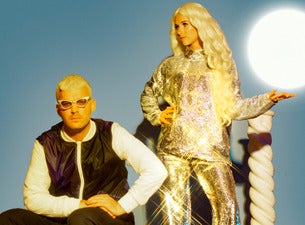 New Zealand's hottest new duo Broods are making a name for themselves in 2014 with the catchy electronic tunes of their eponymous debut EP. Although they just started playing shows under the moniker, the brother-sister duo's performances are mature and effortless as lead singer Georgia Nott sings hits like "Bridges" over her brother's pulsing beats and backing vocals. They'll leave fans wanting more as they hit the road for a string of highly anticipated tour dates, sharing the bill with Meg Meyers, Strange Talk, and Ellie Goulding.

Siblings Georgia and Caleb Nott got their start performing together as teenagers, realizing they both wanted to pursue music full-time after dropping out of college in 2013. The duo worked with producer Joel Little (Lorde) on their self-titled EP, which was released in 2014 and has since generated major buzz around the band's music. Their hit single "Bridges" debuted at No. 8 on the New Zealand single charts and was certified gold, and their rich, pop-infused music is sure to make them an electro-pop sensation soon enough. Broods are on the road in 2014 for a string of highly anticipated shows, ready to perform their hits for fans lucky enough to get in early on a good thing.