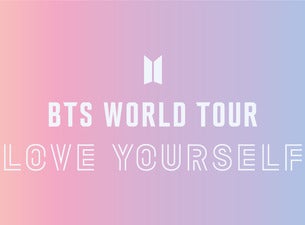 BTS, an acronym of Bangtan Sonyeondan or "Beyond the Scene", is a South Korean boy band that has been capturing the hearts of millions of fans globally since their debut in June 2013. The members of BTS are RM, Jin, SUGA, j-hope, Jimin, V and Jung Kook. Gaining recognition from their authentic, self-produced music and top-notch performances to the way they interact with their fans, the band has established themselves as global superstars breaking countless world records. While imparting a positive influence through activities such as the Love Myself campaign and the UN ‘Speak Yourself' speech, BTS has mobilized millions of fans across the world (named ARMY), topped prominent music charts, sold out worldwide tours including stadiums and has been named as one of TIME 100: The Most Influential People of 2019. The band has also been recognized with numerous prestigious awards like the Billboard Music Awards and American Music Awards.

BTS are serious performers with a sense of humor. They're also K-pop chart-toppers who've shattered boundaries across the world. A BTS show includes fantastic costume changes, over-the-top visuals (which often include the crowd), and a mix of rap club bangers, EDM pop, and R&B. The band first toured Japan in 2015 on the Summer Sonic Festival and Wake Up: Open Your Eyes tours. Later that year, they took their brilliance global with The Most Beautiful Moment in Life: On Stage tour. They followed that in 2017 with the Live Trilogy Episode III: The Wings tour and 2018's BTS World Tour: Love Yourself. If you're not a member of the BTS Army yet, don't worry — it's just a matter of time.

BTS were formed by Korea's Big Hit Entertainment in 2010, though the lineup wasn't finalized until 2013. They align themselves with teens who are targets of criticism, stereotyping, and expectations, and they established their name with the "school trilogy" EPs in 2013 and 2014. Their first single was "No More Dream." In the fall of 2014, they released their first full album, ‘Dark & Wild,' and by 2015, the group began to make waves internationally: ‘The Most Beautiful Moment in Life, Pt. 2' topped six international charts for four weeks. BTS were the first K-pop act ever to achieve such a feat, and the firsts didn't end there. In 2017, their EP ‘Love Yourself: Her' debuted in the Billboard 200's Top 10, the first K-pop album to do so. They won Top Social Artist at the Billboard Awards in both 2017 and 2018, thanks in part to a record-breaking volume of video views. In 2018, ‘Love Yourself: Tear' was the first foreign-language album to top the Billboard 200 in over 10 years. Then ‘Love Yourself: Answer' did it again, just months later. The K-pop juggernaut is unstoppable: The band has appeared on the cover of ‘Time Magazine,' and won a truckful of awards: Melon Music Awards, Seoul Music Awards, Gaon Chart Music Awards, Billboard Music Awards, Korean Music Awards, and more.

BTS announced their return to the U.S. and Europe with their Map Of The Soul Tour. The outing follows last year's massive BTS World Tour ‘Love Yourself: Speak Yourself' which sold out six stadium shows in the U.S. in minutes.

Map Of The Soul Tour will be their biggest North American tour ever and kicks off on April 25, 2020 in Santa Clara. The outing also travels to Los Angeles, Dallas, Orlando, Atlanta, New Jersey, Washington D.C., and Toronto before wrapping on June 6, 2020 in Chicago.