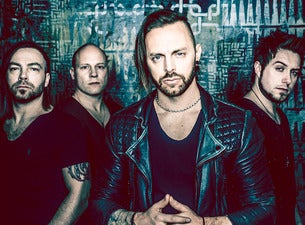 Boletos para Bullet for My Valentine

Acerca de Bullet for My Valentine

Bullet for My Valentine is a heavy metal band from Wales. They released their debut album in 2005, though they had originally formed as a band in 1998 under the name of Jeff Killed John and released a number of EPs before their first album. Years later a couple of early tracks were reworked and released under the Bullet for My Valentine name. In their early years, before official singles and album releases, they performed cover versions of popular heavy metal bands such as Metallica and Nirvana, whom they list among their influences along with Iron Maiden and Slayer. The band promoted their first album by taking a tour around the world and subsequently toured to promote each of their albums with lots of tour time in North America, Canada and the US. With a growing fan base they began to be invited to perform at festivals and as their popularity grew they moved up the billing at many prestigious gigs. By 2006 they were headlining at the Kerrang XXV gig at London's Brixton Academy and up to the present day Bullet for My Valentine have continued to tour and perform at music festivals all over the world. Over the years the band have collected an enviable cabinet of awards starting with their Best Newcomer award at the Welsh Music Awards in 2004. They won the Best British Band Award twice at the Metal Hammer Golden God Awards, in 2006 and in 2010. They have been regular award recipients at the Kerrang! Awards including Best British Band three years in a row from 2008 to 2010.