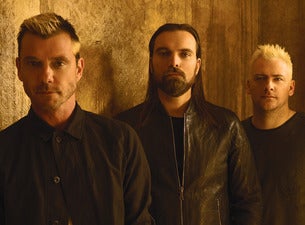 Bush — named after the London neighborhood Shepherd's Bush — was one of the biggest alternative rock bands of the 1990s. That's in large part due to the group's frontman, Gavin Rossdale, a charismatic vocalist whose good looks and mellifluous voice — he veered easily from angsty crooning to tenacious rock growls — gave the band welcome depth.

Live, Rossdale is still dynamic, and the rest of the band bolsters his singing by tossing off heavy riffs or exhibiting restraint on hits like "Glycerine." On the heels of 2017's Black and White Rainbows album, Bush hit the road. In 2018, the group headlined the Revolution 3 Tour alongside fellow heavyweights Stone Temple Pilots and The Cult, while 2019 saw the group touring as part of The ALT-imate Tour with LIVE and Our Lady Peace.

Bush formed in the early '90s after growing out of a group that vocalist Gavin Rossdale was calling Future Primitive. Thanks to America's grunge boom, success happened quickly for the U.K.-bred band. Their 1994 debut, Sixteen Stone, spawned five alternative-radio Top 10 hits, including No. 1s "Comedown" and "Glycerine," while 1996's Razorblade Suitcase topped the Billboard album charts and produced another No. 1 modern rock smash, "Swallowed."

Although these songs balanced noisy, distorted guitars, up-and-down dynamics, and more stripped-down arrangements — a reflection of Rossdale's fondness for The Pixies — Bush wasn't afraid to take chances. Most notably, the band expanded their sound by dabbling in electronic effects, first on 1997's remix LP Deconstructed and next on 1999's The Science of Things. The latter album was a rousing success and launched the No. 1 alternative radio smash "The Chemicals Between Us."

Bush broke up in 2002, but after reuniting in 2010, the band has continued successfully. In 2011, their moody, slow-burning single "The Sound of Winter" topped the rock charts, cementing the group's legacy and future as an active touring and studio entity.

+LIVE+ and Bush have joined forces for The ALT-IMATE Tour, a high-powered co-headline 2019 summer run with these two iconic acts celebrating the 25th anniversary of their respective landmark albums Throwing Copper and Sixteen Stone. This hits-packed road show will hit arenas and outdoor amphitheaters in 33 cities across the country, kicking off June 6th in Mashantucket, CT with stops in Boston, Los Angeles, Atlanta and more before wrapping September 8th in Rochester, MI at Meadow Brook Amphitheatre.