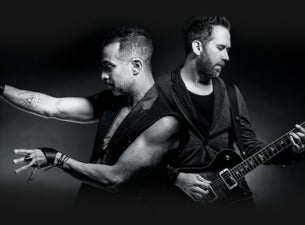 “The lighting was amazing! It added momentum to their songs. The mini electric orchestra that accompanied them sounded amazing! Especially the violin player. Camila was so down to earth when conversing with the audience. They sang all of my favorite songs. I'd do it all again!”

“Since the first moment I heard Camila on the radio, I was amazed with their talent and beautiful lyrics but hearing them live was amazing. They are by far the most romantic band out there with an extraordinary positive vibe that fills the whole venue!”

Shortly after releasing their 2006 debut album Todo Cambió, Camila was nominated for Best New Artist at Premio Lo Nuestra, the awards show honoring the best of Latin music. Their singles “Abrázame,” “Coleccionista de Canciones,” and “Todo Cambió” ruled the Latin airwaves, with “Todo Cambió” receiving a nod for Song of the Year at the Latin Grammys. The trio backed up the success of their studio albums with their live performance skills, securing a devoted fan base with their creative live concerts and conversational relationship with audiences.