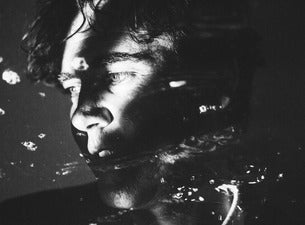 Cass McCombs is a legendary singer-songwriter, a modern day troubador, and above all else a natural storyteller. Whether he's singing about the gold rush or rural life in Kansas, McCombs imbues his Americana-infused narratives with the wit and melancholy of a world-class author. At his live shows, his winding tales are underscored by lush instrumentation, as talented players bring his stories to life and intricate arrangements give his wistful compositions added depth. Riding high on the warm reception of 2013's Big Wheel and Others, McCombs will treat fans to marathon sets of new and old material on a string of upcoming tour dates.

Born in California, McCombs led a nomadic existence in his early twenties, bouncing around the country while honing his songwriting skills. His 2003 debut album A was a hit with critics, resulting in extensive touring that included everything from small house shows to massive festivals. Several more critically acclaimed albums followed in the '00s, including 2007's Dropping the Writ and 2009's Catacombs, the latter of which was named one of Pitchfork Media's Top 50 albums of the year.  Over the last decade, McCombs has performed and toured with a laundry list of talented artists including Cat Power, Modest Mouse, and the Arcade Fire. Back on the road, McCombs will treat fans to his signature storytelling prowess on a series of highly anticipated tour dates.