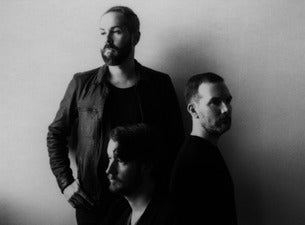 CIGARETTES AFTER SEX IN CONCERT:

Ambient pop outfit Cigarettes After Sex conjures a waking dream every time they take the stage. The band's hazy, evocative tunes ebb and flow with reverb-drenched guitars and understated drumming, lulling fans into an altered state somewhere between consciousness and sweet reverie. At the heart of their darkly romantic sound is frontman Greg Gonzalez, who casts his androgynous croon over songs like "Affection" and "Nothing's Gonna Hurt You Baby" with a mixture of melancholy and hope that deepens their emotional impact. The band's sound is ambient but it's definitely not background music – Gonzalez's bitingly smart lyrics command attention, and each song has a strong melodic pulse that propels ticket buyers into a gentle sway.

Singer-songwriter Greg Gonzalez began working under the name Cigarettes After Sex in El Paso, TX in 2008. He recorded his first EP, I., in a stairway at the University of Texas at El Paso, using the location's natural reverb to imbue his songs with an airy spaciousness. The result was a collection of finely crafted atmospheric gems like "Dreaming of You" and "Nothing's Gonna Hurt You Baby," both of which sparked blog buzz and racked up views on YouTube. After relocating to Brooklyn, Gonzalez released the single "Affection" and put together a band for live performances. Since then Gonzalez and a rotating roster of players have performed throughout the US and Europe, impressing with dreamy sets that have fans hoping for a full-length debut album from the group.