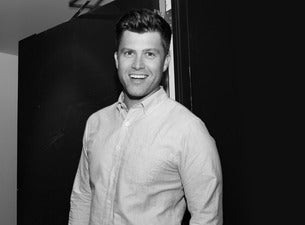 As co-host of Saturday Night Live's Weekend Update since 2014, Colin Jost has consistently showed off one of comedy's sharpest wits while sending up the latest news in politics and popular culture. After his tenure at the long-lived satirical magazine The Harvard Lampoon, he joined the writing staff at NBC's flagship comedy show in 2005 and replaced Seth Meyers at Weekend Update in 2014, becoming part of a lineage that includes such greats as Chevy Chase, Tina Fey and Norm Macdonald.

In 2009, his profile as a stand-up performer got a major boost when he was named a "New Face" at Montreal's Just for Laughs festival, where he'd return to co-host a gala with his Weekend Update co-anchor and fellow head writer Michael Che in 2017. He continues to perform on SNL and on stages across the U.S., engaging audiences with his skillfully constructed jokes, humorous asides and likable presence, often laughing right along with the crowd.

Before his successful tenure as a writer and performer on Saturday Night Live, Colin Jost developed his comedy skills at another institution for American humor, serving as president for the Harvard Lampoon while studying at the university. At the age of 22 in 2005, he became part of the writing staff for SNL, contributing to some of the era's most memorable sketches and characters.

After he was named a "New Face" at Montreal's 2009 Just for Laughs festival, his growing confidence as a stand-up performer led to SNL's decision to choose him as Seth Meyers' replacement behind the desk of Weekend Update. Working alongside his co-anchor Michael Che, Jost has helped maintain the skit's reputation as SNL's reliably hilarious and sometimes outrageous centerpiece.

Making his first foray into the world of feature film, Jost wrote and starred in Staten Island Summer, a semiautobiographical comedy that was released by Paramount in 2015 and co-starred fellow SNL veterans Will Forte, Cecily Strong and Fred Armisen.