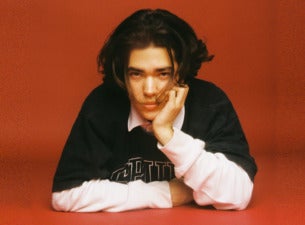 Conan Gray's ascent to pop stardom has been assisted by his live shows, which fully display the charisma and songwriting savvy that made him a YouTube sensation and leading voice of Generation Z pop. He delights crowds of all ages with his easygoing charm, relatable lyrics and narrative-rich banter — and watch out for the cowboy hat that inevitably emerges from the crowd when he tears into his small-town chronicle "Idle Town."

Conan Gray moved around a lot when he was young, but music was a constant. Inspired by the detailed storytelling and hypnotic melodies of artists like Lorde, Adele and the Dixie Chicks, the pop prodigy began writing songs at a young age, pouring his heart out in his Georgetown, Texas, bedroom. He posted them online alongside covers of artists like Lana del Rey and Frank Ocean — as well as vlogs that showed off his wry sense of humor and fearless vulnerability. He soon gained a massive following among young people who felt misunderstood by their parents and other adults. His first breakthrough single, "Idle Town," was a streaming-service hit and paved the way for his move to Los Angeles. There, he enrolled at UCLA and began work on his debut EP, Sunset Season, which includes melancholic yet witty pop gems like the young-love critique "Crush Culture" and the pointed "Generation Why." In 2019, Gray officially released "The Other Side," a swaying pop song he wrote and posted online while still in high school, and "The King," a groove-heavy plea to a crush. Later this year, he'll head out on the European leg of his Sunset Shows tour and play American festivals like Lollapalooza in Chicago and Life Is Beautiful in Las Vegas.