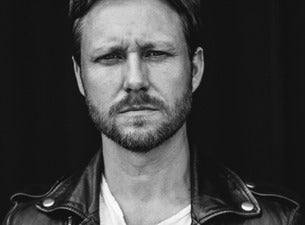 Alt-country crooner Cory Branan is a master of finely crafted tunes that use minimal elements to achieve maximum emotional effect. At his live shows Branan takes the stage with little more than his acoustic guitar and his world-wise voice, using unique phrasing and sparse strumming to conjure up expansive images of vintage-hued Americana on favorites like "Tall Green Grass" and "The Prettiest Waitress in Memphis ". From his unpretentious lyrics to the glass of whiskey he brings on stage, Branan is an authentic performer who never fails to move ticket buyers with his genuine presence and no-frills sound.

Mississippi-born, Nashville-based alt-country singer-songwriter Cory Branan grew up playing music, performing metal and hard rock in his teens before moving on to a more cerebral sound influenced by artists like John Prine and Leonard Cohen. In 2000 he was named Newcomer of the Year by the Memphis chapter of NARAS, and in 2002 he released his debut album The Hell You Say. The record was a critical success, earning him a devoted fanbase and leading to appearances on the David Letterman Show and Last Call with Carson Daly. It was another four years before he released his 2006 sophomore album 12 Songs, but it was worth the wait -- critics hailed the collection's lyrical cohesion and emotional impact. Since then Branan has toured extensively, raised a family, and released two more stellar albums including 2014's No-Hit Wonder. A seasoned performer known for his warm presence and knack for storytelling, Branan continues to captivate with energetic sets on tour.