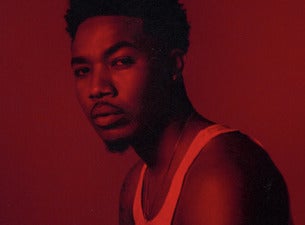 One of the talents fueling the West Coast's hip-hop renaissance, Cozz has rapidly developed into a quintessential L.A. rapper since the Inglewood-born artist and performer came to prominence in 2014. While his delivery and flow brandish a force that evokes iconic trailblazers like N.W.A., 2Pac, and the Dogg Pound, Cozz also writes and performs with a lyricism that he shares with the city's best contemporary talents. That includes Kendrick Lamar, who gave the up-and-comer's profile a boost when he guested on "Hustla's Story," one of the most powerful tracks on Cozz's second album, ‘Effected.'

Lamar's hardly the only rap veteran who's been impressed by Cozz. ‘Effected' marks the next major step in the ongoing collaboration between the young MC and J. Cole, his Grammy-nominated mentor and his label head at Dreamville/Interscope. The track that caught J. Cole's ear was "Dreams," a vivid account of what it takes to survive in South Central while keeping your dreams intact and feelings of desperation at bay. Cozz's breakout made an even stronger impression, thanks to a stunning video portraying the neighborhood's nighttime world in all its eerie beauty and menace. After making Cozz his second signing to Dreamville, J. Cole helped intensify the buzz around his protégé by appearing on his debut album ‘Cozz & Effect,' which reached No. 31 on Billboard's R&B/Hip-Hop chart in 2014.

Cozz continued to display his dexterity with two fresh songs on the Dreamville compilation ‘Revenge of the Dreamers II' in 2015 and his mixtape ‘Nothin' Personal' in 2016. Yet ‘Effected' — which arrived in February of 2018 — is the most confident demonstration of his talents thus far. Over beats and rhythms steeped in classic soul, jazz, and funk — largely supplied by Cozz's close friend and producer Meez, another architect of the new L.A. sound — Cozz proves himself a uniquely gifted storyteller with a stark take on urban realities. Along with Lamar and J. Cole, the album's guest lineup includes Curren$y and Garren. This fall, he joins forces with another L.A. hip-hop hero, with a series of opening dates for Dom Kennedy. Young as he may be, there's no disputing Cozz belongs in their league. As he puts it himself in "Questions," the ferocious opening track on ‘Effected,' "It's an emergency, rap need a saviour/ And I think that I can save it."