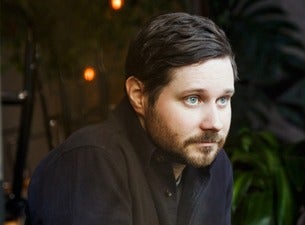 At a time when the Canadian indie-rock landscape was dominated by supergroup collectives like Broken Social Scene and the New Pornographers, Dan Mangan emerged from Vancouver, BC, with his wistful 2005 debut Postcards and Daydreaming, an unvarnished set of folky lullabies and ragged country-rock that introduced listeners to his comforting, emotive voice and heartfelt lyricism. But this seemingly humble troubadour harbored more grandiose ambitions, which began to flourish on his 2009 breakthrough album Nice, Nice, Very Nice. Initially released through Vancouver-based indie imprint File: Under Music, the album transformed Mangan into a Canadian indie-rock sensation, thanks to pulse-pumping anthems like "Road Regrets" and his signature, arm-swaying sing-along, "Robots." In 2010, the album would receive a wider release through Broken Social Scene's Arts & Crafts label in North America, en route to a Polaris Music Prize shortlist nomination that year. Mangan's next record, Oh Fortune, further expanded his vision, casting his tender croon in an encroaching storm of orchestral arrangements. But while the album would earn Mangan both the New Artist of the Year and Alternative Album of the Year honors at the 2012 Juno Awards, it also effectively marked the end phase in Mangan's evolution as the acoustic-guitar-wielding singer/songwriter. He issued his next album, 2015's Club Meds, under the name Dan Mangan + Blacksmith, surrounding himself with a backing band made up of players from Vancouver's avant-jazz and worldbeat scenes. The record was darker and moodier than anything he had attempted before, forsaking the folk-song forms of previous releases for a more textural, post-rock-inspired approach closer in spirit to post-'00s Radiohead. And although Mangan's 2018 effort, More or Less, reverts back to the solo billing, the experimental impulses he indulged with Blacksmith remain, with the singer couching his sobering, poignant observations about new parenthood and geopolitical strife in freaky new-wave funk ("Lynchpin") and rousing, heartland-bound Krautrock ("Troubled Mind").