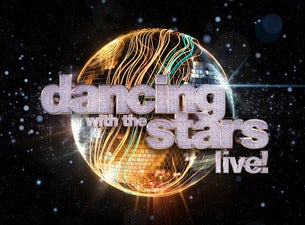 Boletos para Dancing with the Stars

Acerca de Dancing with the Stars

Dancing with the Stars: Live! on Tour

The version of Dancing with the Stars that comes to venues all around the country has a lot in common with its TV iteration. It features some of your favorite celebrity guests from the series as well as some of the dance routines that have proven to be the most popular with fans of the show. The tour has presented everybody from comedians like Kel Mitchell to country singers like Lauren Alaina, TV stars like Kate Flannery, and many more. But the most crucial element the touring show offers over the TV version is that irreplaceable, unmistakable excitement you get from watching all the action take place right in front of you.

Dancing with the Stars: Live! Background

The story of Dancing with the Stars goes back to the British TV show Strictly Come Dancing, which premiered in 2004. The show's American cousin, Dancing with the Stars, first popped up the following year. Based on the same idea, it quickly captivated the country by presenting a slew of celebrities in competition with each other to show off their dance moves (with the expert aid of professional dance partners, of course). The phenomenon proved to have plenty of staying power, and the show remains on TV to this day, having inspired everything from spinoff programs to a video game and a series of exercise videos along the way. But the live touring version of Dancing with the Stars really takes the whole thing to another level, effectively putting all the action right in your lap, as the celebs strut their stuff on stage every night in front of eager audiences, with guests you know from the show tackling favorite routines you've seen plus a few new ones.