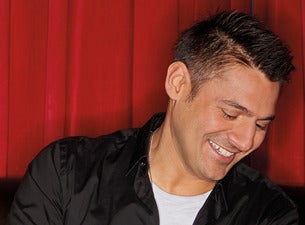 In a relatively short period of time, Danny has established himself as one of the biggest-selling comedians in Canada, Australia and New Zealand as well as his home country of Scotland. In November 2014, he did his first tour of the US with his critically acclaimed show Dear Epson, and in 2016, continued building on his success with his tour ‘Please Untick This Box’ with sold out shows in Australia and New Zealand.

The Gemini nominated performer has made annual appearances at all the major festivals around the world including regular appearances at the Montreal Just For Laughs Festival and has performed three times on Live At The Apollo, which he was invited to host in 2015.   In addition to his live performances, Danny’s first two DVDs Live at The Opera House and Live at the Athenaeum were released only in Australia and New Zealand, where they enjoyed huge success. In early 2012, he recorded his first worldwide DVD in his home town of Edinburgh, Live At The Festival Theatre.   He has also been featured on the The Late Show with David Letterman and has recorded a one-hour Comedy Central special entitled Subject To Change.