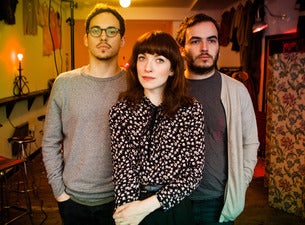 London-based indie folksters Daughter are quickly making headlines with their beautifully ambient music and cool hipster vibe. The group's low-key tunes tug on fans’ heartstrings as singer Elena Tonra leads with her strikingly emotive voice backed by a simple guitar strum and lovely atmospherics. On their highly anticipated UK and European tour, the humble performers will play hits such as “Youth” and “Landfill” and surely win over countless new fans.

Starting as a solo project by songstress Elena Tonra, Daughter truly took shape in 2010 when Tonra caught the attention of guitarist Igor Haefeli who was captivated by her solo work and asked to join the band. They added drummer Remi Aguilella for the recording of their EPs The Wild Youth and His Young Heart, and they've been playing as a trio ever since. With the success of their recorded music came a number of live gigs – they’ve appeared at festivals like Austin's SXSW and spent time touring around the world alongside The National and Ben Howard. They broke out with 2013's If You Leave, a sparkling debut that received rave reviews from a number of critics and peaked at No. 4 on the UK Indie chart. Hot off the heels of Coachella 2014, Daughter will have fans in awe as they hit the road for their UK and European tour.

"At one point in the show I just remember tuning around to my friend and we both had our jaws on the floor. The music was soul-shatteringly good...Daughter was adorable and amazing as usual!"

"True talent. The band sounds just as good live, if not better, than their album. They are literally the most humble performers, which just makes their sound more worthwhile... so so great."

"Daughter sounds even better live! They presented raw talent and their live show was definitely worth it!"