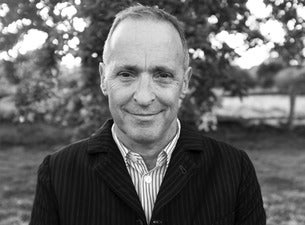 Beloved humorist and perennial New York Times best-seller David Sedaris has been bringing his signature self-deprecation to both the page and the stage ever since his comic debut in the late-'70s. Sedaris's live shows are equal parts touching and uproarious, taking his childhood trials and tribulations as a starting point and going on to tackle everything from his eccentric family to American politics. Fans of witty, irony-laden anecdotes are in for a treat as Sedaris hits concert halls around the country with his latest show An Evening with David Sedaris.

Born to a large family in Binghamton, NY, Sedaris experienced a turbulent childhood that has informed his comedy ever since. After being discovered at a Chicago comedy club in the late '70s by Ira Glass, Sedaris began appearing regularly on Glass's weekly radio program The Wild Room, making a name for himself with his wry, self-effacing stories . In 1992 he made his National Public Radio debut with a reading of "SantaLand Diaries", a hilarious recounting of his days working as a holiday elf at a department store. Since then he has been a regular guest on NPR's This American Life, landed on the New York Times Best Seller list with five essay collections, and received a Grammy nod for his 2004 comedy album Live at Carnegie Hall. Back on tour, the ever-gracious Sedaris will treat fans to another round of laughs at his expense.

"We expected it to be great and he exceeded our expectations. I have not laughed so much in ages. Wonderful! "

"I laughed so much I almost missed what was being send in between punch lines! He has a true gift and I'm so grateful he shares it with the world on these tours! Hands down worth every penny!"

"The best part is that for everyone who has read all of his published work, the shows are always full of new material that has yet to be published; so, it never feels like you've paid just to hear a reading of something that's on bookstore shelves."