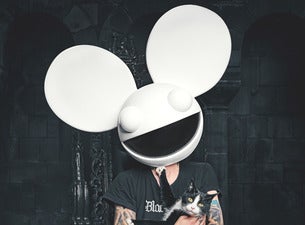 Electro-house artist Deadmau5 -- easily identifiable in concert by the giant, light-up mouse-head perched atop his head as he performs -- has firmly entered the mainstream after about a decade of building legions of head-bobbing fans at festivals and on his own tours. He's kept those fans close by getting more than eight million of them to keep in touch via Facebook, where he regularly shares his musings and a steady stream of music he's working on. His music pulls from across the EDM spectrum, from techno to house to trance. Canadian native Joel Zimmerman, a.k.a. Deadmau5, was the first EDM artist to land on the cover of Rolling Stone, in 2012. That same year he also performed during the Grammy Awards telecast, marking the first time electronic music had been highlighted on the show. Fans who purchase tickets to a Deadmau5 concert can be assured of an overwhelming display of lights and sound as Zimmerman creates his tracks on the fly using computer technology -- including software he helped develop.