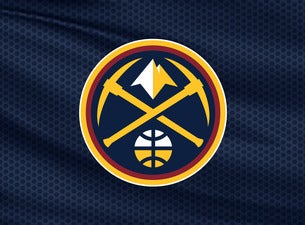 The Nuggets play their home games in the Pepsi Center, a short walk from historic Larimer Square in bustling downtown Denver. The venue, with its sculpture-laden Grand Atrium, opened in 1999 as part of the city's six-year boom in sporting venues, which included new football and baseball facilities.

The venue replaced the venerable McNichols Sports Arena, which the Nuggets called home for more than two decades — and 17 playoff appearances.

Denver won the Northwest Division in 2018-19 and made it to the Western Conference Semifinals. The Nuggets have improved in each of Michael Malone's four years as head coach, and an athletic, balanced roster led by the core trio of forward Paul Millsap, center Nikola Jokic, and point guard Jamal Murray looks poised to return to the NBA Playoffs. That trio, along with guard Gary Harris and forward Will Barton, led the team on offense last season.

One of the founding teams of the American Basketball Association in 1967, the franchise originally was known as the Denver Rockets. They preemptively changed their name to the Nuggets before the 1974-75 season, anticipating a move to the NBA (where Houston already had the name). In their nine ABA seasons, they made the playoffs seven times — losing in the finals to the New York nets in the league's final year.

They were one of four ABA teams annexed to the NBA in 1976 and immediately were one of the most successful teams from the senior league, winning the Midwest Division two straight years behind future Hall of Famers David Thompson and Dan Issel.

In 1980, the arrival of another future Hall of Famer, high-scoring forward Alex English, signaled a run of nine consecutive seasons in the playoffs. Coach Doug Moe's offensive-minded squads made it past the first round of the playoffs four times, falling three times in the conference semifinals and once in the conference finals, in 1985 to the Los Angeles Lakers.

The team had only one winning season in the 1990s, but it was memorable. After finishing 42-40 to sneak into the playoffs as the eighth seed in the 1993-94 season, they upset the top-seed Seattle Supersonics in the first round of the playoffs, thanks in no small part to center Dikembe Mutombo's heroics.

Led by 2003 first-round draft pick Carmelo Anthony, the Nuggets reversed their fortunes to post 10 straight winning seasons beginning with the 2003-04 season. They lost in the first round of the playoffs each year except 2009, when the Nuggets advanced to the conference semifinals before falling to the Lakers in six games.