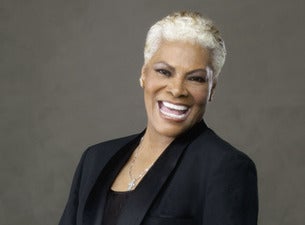 When you see Dionne Warwick perform, you know you're in the presence of pop-music royalty. This is a woman who's remained one of America's top hitmakers throughout multiple eras, contributing classic songs one after another. At the same time, Warwick radiates the warmth that lies at the core of her legendary hits, and for all of her undeniable elegance, her onstage presence couldn't be more natural and down-to-earth. Despite the many decades Warwick has been bringing her unique brand of pop to the stage and studio, her sultry, hypnotic voice remains undiminished. Hearing her deliver songs she made famous, like "I Say a Little Prayer" and "What the World Needs Now Is Love," is like opening a love letter from another era that bears just as much of an emotional impact today as it did back then.

Though she's one of the world's premier pop singers, Dionne Warwick actually started out as a gospel singer with The Drinkard Singers and The Gospelaires. In the early 1960s, however, she crossed paths with iconic songwriting team Burt Bacharach and Hal David. The two men were working on sophisticated pop material and they found the voice that matched their vision in Warwick. Her recordings of tunes like "Walk on By" and "I'll Never Fall in Love Again" led to huge successes for both the singer and the songwriters, while helping to define the era in pop music along the way. That in itself would be enough to ensure Warwick's place in history, but she kept reinventing herself in the decades to come with hits like 1971's "Then Came You," 1982's "Heartbreaker," and 1985's "That's What Friends Are For," proving that her talent was bound to no single time period.