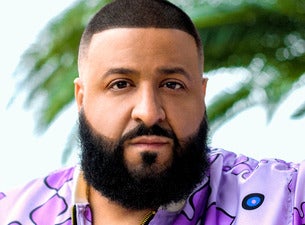 New Orleans native DJ Khaled rode his boundless reserves of energy to become the voice of South Florida via his radio show, then tapped that success to build his career as a producer, recording artist, and performer. He released his seventh album, "Suffering From Success," in 2013, which featured A-list guests like Drake, Lil Wayne, and Rick Ross. Khaled is pretty much Miami royalty these days, known for hosting some of the city's hottest club shows. HIs well-known friends often appear on his albums and sometimes join him for live shows as a special treat for ticket buyers.