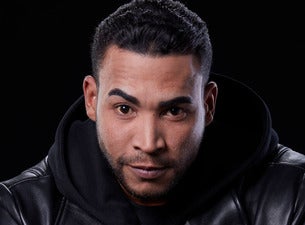 Few have done more to bring Reggaeton to mass audiences than Puerto Rico's Don Omar. Since his mega hit "Reggaeton Latino" off of his landmark debut The Last Don became not just his genre's most recognizable anthem but also a message of uplift few could ignore, the man known to many as El Rey has taught ticket holders that this music has roots in the church as well as the dancehall.

Born William Omar Landron in Carolina, P. R., Don Omar did indeed hone his passionate brand of performance as a youth in the Protestant church. It is one of the many qualities distinguishing this Latin-Urban pioneer both as recording artist and touring act. It also helps explain his massive crossover appeal: Don Omar's second record, King of Kings, debuted at No. 1 on Latin and Rap album charts and No. 7 on the Billboard 200, the highest chart ranking in reggaeton history. His follow-up, iDon, showed that Don Omar has just as much to say in the electro-dance sphere, while 2012's Don Omar Presents: Meet the Orphans proved the King magnanimous enough to share the stage with up-and-comers, including the Portuguese/French singer Lucenzo, with which he shared the summer hit "Danza Kuduro." While he may be one of the premiere artists in his genre, concert goers can always expect Don Omar to wield a musical palette of many colors, some soulful and soaring, others just plain fun.