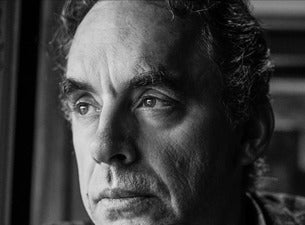 Long before becoming an outspoken author and controversial speaker, Jordan Peterson was a dedicated scholar invested in the areas of abnormal, social, clinical, and personality psychology. Born in 1962 in a small town in Alberta, Canada, the young Peterson was an avid reader and budding political supporter, even working for Canada's New Democratic Party as a teenager. He took those two interests into college, studying political science and English literature at Grande Prairie Regional College, before transferring to the University of Alberta in 1982, and eventually switching his focus to psychology.

He then earned his PhD in clinical psychology at McGill University in Montreal, where he was also a postdoctoral fellow from 1991 to 1993. Soon after, he moved on to Harvard University, where he taught as an assistant and associate professor in the psychology department. By 1998, he headed back up to Canada to take the role of full-time professor at the University of Toronto. The following year, Peterson released his first book, Maps of Meaning: The Architecture of Belief, which details his theory on how people build their belief systems and the lengths that individuals and groups will go to in order to support those beliefs.

Peterson spent the next few decades rigorously studying all aspects of psychology, authoring and co-authoring a number of scientific papers in the process, while also practicing as a clinical psychologist. As social media began to dominate, the professor eagerly hopped onboard, uploading some of his most popular lectures to YouTube. But it wasn't until late 2016 that Peterson's profile quickly skyrocketed after his Professor Against Political Correctness series quickly went viral.

Peterson suddenly found himself in the center of an international controversy. He used this fame to respond to his detractors and become a voice against identity politics and the beliefs around cultural appropriation, white privilege, and postmodern feminism. He's since appeared on several podcasts and online shows, and, in 2017, he launched a live theater series called The Psychological Significance of the Biblical Stories. In 2018, Peterson released 12 Rules for Life: An Antidote to Chaos, which became a bestseller in numerous countries and led him on a world tour to promote the book.