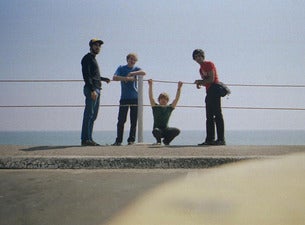 Boletos para Explosions In the Sky

Acerca de Explosions In the Sky

EXPLOSIONS IN THE SKY IN CONCERT:

Post-rockers Explosions in the Sky treat audiences to a blissed-out musical adventure any time they play their stunning instrumentals in concert. The group’s three guitarists gracefully pluck complex melodies and weave in gorgeous harmonies to lift listeners’ moods on each transcendent track. The rhythm section enhances the group’s dynamic focus, running the gamut between subtle orchestral rolls and earth-shaking marches on standout numbers like “Your Hand in Mine”, “Let Me Back In”, and “Disintegration Anxiety”. With their virtuosic musicianship, ambitious songwriting, and electric showmanship, Explosions in the Sky sweeps ticket buyers up and takes them on an impressionistic journey every time they perform.

Austin, TX post-rockers Breaker Morant were inspired to change their name to Explosions in the Sky after watching fireworks erupt overhead following a 1999 gig at a local radio station. Under the new moniker, Michael James (guitar/bass), Munaf Rayani (guitar), Mark Smith (guitar) and Chris Hrasky (drums) got right to work, making their debut the following year with the album How Strange, Innocence. Recognizing the cinematic qualities of the group’s emotionally charged instrumentals, film producer Brian Reitzell reached out to Explosions in the Sky to compose the soundtrack for the 2004 major motion picture Friday Night Lights, which gave the band more mainstream exposure. Over the years the group has become renowned for their impassioned live performances and stirring albums, including 2016’s critically-acclaimed album The Wilderness.