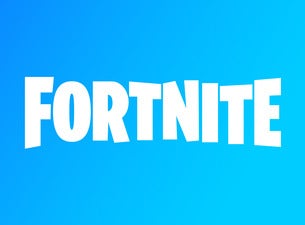 For gamers all over the globe, four months of anticipation comes down to this: an epic match-up that will determine the ultimate victors in the Fortnite World Cup Finals. With $30 million in prize money up for grabs, the stakes couldn't be higher or the rewards greater, though bragging rights are just as coveted by the dozens of competitors in the solo, duo and Creative Trial categories.

The three-day event at the USTA Billie Jean King National Tennis Center's Arthur Ashe Stadium in Flushing, N.Y., cements Fortnite's place as a cultural phenomenon like none the gaming world has ever seen. Launched in 2017 by Epic Games, the free-to-play battle royale version pits up to 100 players per match in ingenious and continually surprising environments where only the boldest and craftiest can survive. Fortnite drew more than 125 million players in its first year, establishing itself as the dominant multi-player eSports of our time.

The excitement continues with a thrilling live presentation that will feature Fortnite's best of the best competing onstage. Fans can also expect expert analysis, celebrity appearances, and many more activities for the Fortnite fanatics in your family.

Since its launch in 2017, Fortnite has fast become more than a game. With its combination of creative gameplay, high-stakes thrills, and continually surprising environments, it has captured the imagination and loyalty of millions of gamers worldwide who either join forces to compete as teams or strike out on their own in sessions that can feature up to 100 players.

The multi-player free-to-play version now available on all major platforms as well as iOS and Android mobile devices, Fortnite Battle Royale attracted 125 million players within its first year of release. Streamed live on Twitch, YouTube and Fortnite's own channel in June of 2018, the first Fortnite Celebrity Pro-Am Tournament proved just how far the phenomenon had spread beyond the gaming world when millions watched Drake, Travis Scott, and the Pittsburgh Steelers' JuJu Smith-Schuster show off their Fortnite skills.