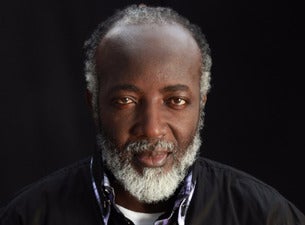 Freddie McGregor has been an unstoppable force in the reggae culture for over 40 years, earning a legendary spot within the beloved  genre. Whether he's preaching through his lyrics on "All In The Same Boat" or spreading the good vibes on stage, McGregor gets fans feeling irie with his lively performances. His signature dreads and spirited attitude are staples at his live shows, and although it's been over 30 years since his 1979 debut Bobby Bobylon, McGregor still sounds as sharp as ever, treating audiences to his expansive collection of hits on tour.

Dubbed "Di Captain," Freddie McGregor has been playing music since age 11, earning his salt in the group The Clarendonians in 1963. It wasn't until the early '80s that he rose to popularity with his debut Bobby Bobylon, which established his strong presence within the roots reggae community with hits like "I Was Born A Winner" and "Push Comes To Shove." Since then, he's released over 30 albums, launched his own record label Big Ship, and created two children's organizations, proving himself as a socially conscious artist with his enlightening music and notable charity work. The Grammy-nominated singer continues to share his uplifting roots-rock reggae collection  on a string of highly anticipated tour dates, delighting fans with old classics and new material from his 2013 record Di Captain.