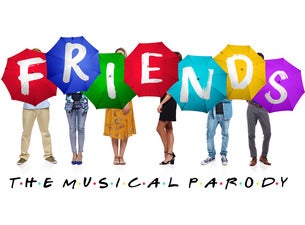 Immerse yourself in all things Friends as Phoebe sings her heart out in Central Perk while Gunther serves up some coffee. Brought to life in New York City, FRIENDS! The Musical Parody pivots to Paris Las Vegas to continue its successful off-Broadway run that pokes fun at the show we know and love.

Drawing celebrity attendance, bachelorette parties, anniversary celebrations and more – fans of the Friends brand bring nostalgia and enthusiasm to each musical performance. From those who watched on NBC to the ones who streamed it on Netflix, generations alike are yelling "It was a break!" and "PIVOT!" as they reminisce on the iconic moments from all ten seasons of their favorite sitcom.

FRIENDS! The Musical Parody includes some adult references and language (We're looking at you, Joey!). Recommended 13+.