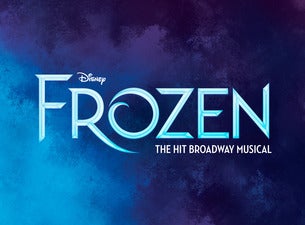 The saga of the adventurous Elsa, the endearing Olaf and all the rest of the characters inhabiting the wintry wonderland that is the setting for Frozen was already unforgettable in the captivating film version of the modern classic. But adapting this story for the stage — and adding three times as many songs to the saga in the process — gives fans of Frozen even more to love. And sending this production on the road across the U.S. offers more people a chance to take part in the experience. As entertaining as the movie is, watching the whole thing go down live, right before your eyes, is an entirely different adventure. The eye-popping stage sets, the expanded musical offerings and the theatrical power of the actors all come together to provide both adults and kids an icy treat like no other.

About Frozen the Musical

You probably don't need to be told that when Frozen was released in 2013, it changed the game for animated movies, captivating millions of kids (not to mention plenty of adults). Let's put it this way — if you had a dime for each kid who's gone trick-or-treating as Elsa or Olaf on Halloween since then, you could film your own Frozen without skimping on the budget. And of course the arrival of Frozen II in 2019 only served to expand the reach of the phenomenon further. But long before the sequel appeared, a theatrical version of this tale of magic snowmen, ice palaces and hardy young heroines had already found its place on Broadway as a musical theater spectacular. And 2019 also marked the beginning of a national tour for the show. Adding more songs but retaining all the wonder of the original story, the touring stage version adds a whole new level of magic to the Frozen experience.