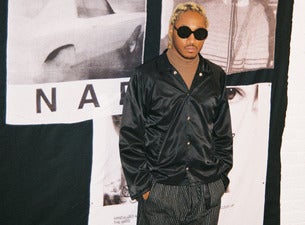 It only makes sense that Atlanta rapper Future has earned a place at the genre's vanguard with his forward-looking sound. In just a few short years, his stylish, minimal blend of rap and R&B have made him one of the genre's brightest rising stars, resulting in collaborations with everyone from Lil Wayne to Ciara. Future backed up his swag with a series of confident performances in 2013, building anticipation among fans for his 2014 tour in support of sophomore album Honest.

Raised in Atlanta, Future was encouraged to pursue rapping from an early age by his cousin Rico Wade, producer of musical collective the Dungeon Family. After releasing several mixtapes between 2010-2011, he signed to Epic Records, making his album debut in 2012 with Pluto. The album landed an impressive five singles on the Billboard Hot 100, earning him a spot on XXL Magazine's coveted Freshmen list of artists to watch and resulting in a laundry list of collaborations with artists ranging from Rick Ross and Justin Bieber. In 2014, Future embarked on the Honest Tour, in support of his highly anticipated sophomore album.

"Loved the show and it started on time. It was never a dull moment, Future (and his hype man) kept us turnt up..."

"...my first time seeing Future and he had the crowd ROCKIN'!! I had so much fun!"

"I was very impressed with Future and his performance."